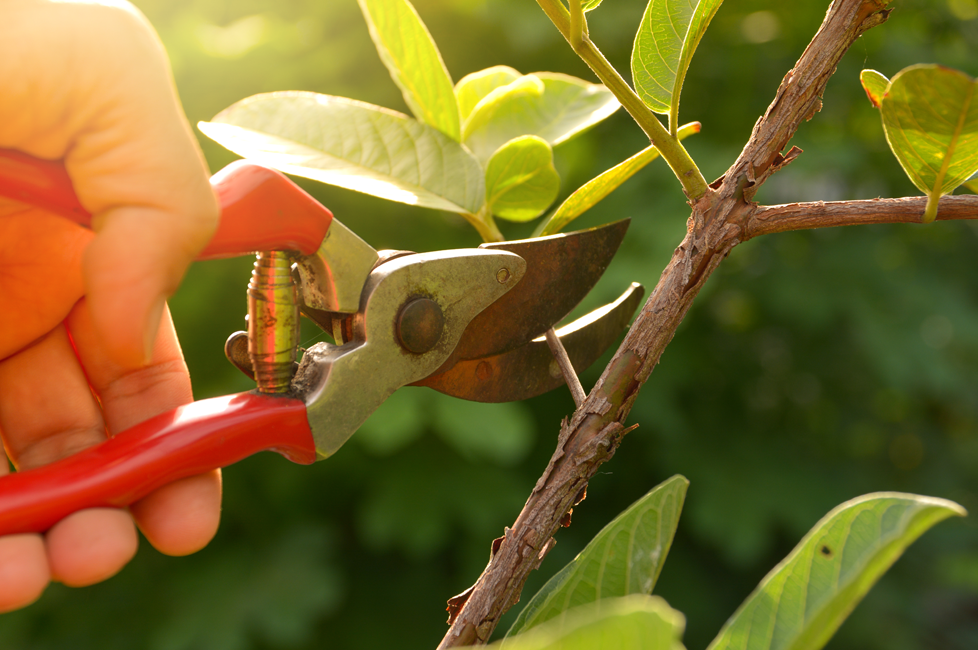 How to Prune and Trim South African Plants

Before you amble out into your garden and start pruning, trimming and cutting back, there are a few things to consider, such as what tools will I need. Here are the essential pruning tools you will need:

As with any implement designed to cut, you need to follow the manufacturer’s instructions regarding using pruning tools. When using any mains-powered electric tool…

Caring for your tools

It is always important to take care of your tools. Learn how here:

Now we get to the actual pruning and bearing the above-mentioned points in mind, assume in each case the basic preconditions are met before every pruning or trimming job: The tools (secateurs for thinner material, loppers for thicker, saws for the really formidable) are used and they are clean, sharp and fit for purpose.

Before you start, take time to check out the plant in its entirety so that you have a good idea of what needs to be done, and where – so you don’t end up with a botched job.

A good time to prune is at the beginning of spring, when the buds are beginning to appear.

As to when to prune lavender, some gardeners suggest late summer is the best time, others suggest spring is the time.

Hibiscus produces what are called terminal flowers – flowers that grow on the end of the branch therefore the more branches your hibiscus has, the more flowers you will enjoy.Many gardeners suggest the best time to prune is early spring.

Where and how to prune applies as per the roses. Generally, you want to open the plant, remove any dead or diseased parts and also shape it for best effect.

Remove dead or diseased parts and make sure you do not prune below what is called the ‘branch collar’ – it’s that ring of bumpy material where a branch meets the main trunk.

As with roses, cut at an angle of 45° (this allows moisture to fall off, whereas a straight cut could cause water to pool and possibly cause problems) above an outward-facing node or bud.

Some experts suggest that when pruning young bushes, prune the tips in spring and late summer whereas in the case of mature plants, you should prune immediately after flowering.

Remove flowers once they have lost their colour, but leave about 100mm of stem on the plant and avoid cutting back too far as you can cause a setback or even kill the plant.

There is a great variety of proteas out there the best option is to contact your local nursery or even Kirstenbosch to get expert advice.

Your first action is to select the branches you want to trim or remove. This could be due to a branch or branches being disease, overhanging the neighbour’s property, overhanging your swimming pool or simply that you want to improve the tree’s overall shape.

How tall is that tree?

If you are planning on felling an entire tree, you might want to know its height. Here’s an easy way to get a pretty close approximation: 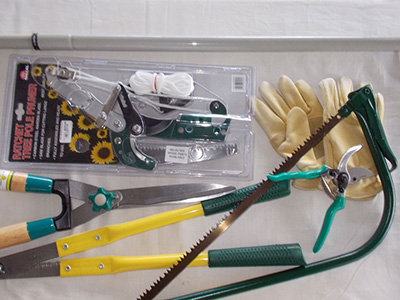 The basic set of tools that you need to handle just about every pruning or trimming task in the garden. Not pictured are any electric tools or a chainsaw, but on the vast majority of occasions, you would be using any of the tools pictured. 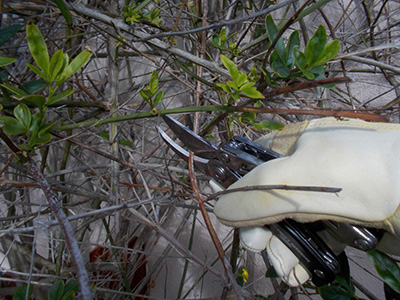 Secateurs – this is a bypass version – will handle a variety of tasks. 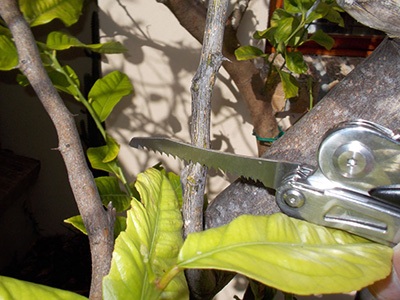 Saws for use on thicker branches range from this – a small but very effective saw mounted on a pair of secateurs – to much longer single blade saws and bow saws.

One of the reasons for pruning is to remove dead or diseased parts of the plant – in this case, on a lemon tree. 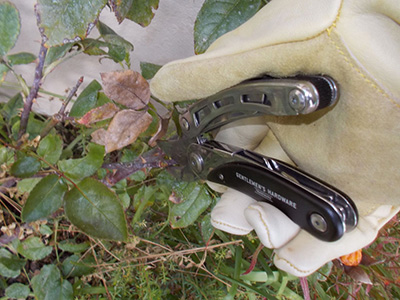 When pruning roses, the aim is to remove dead parts but also to open up the middle of the rosebush to more light. 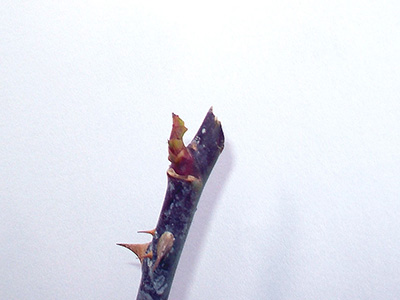 Note that the cane has been pruned at an angle of 45° (it sheds water, reducing the likelihood of water pooling as possibly resulting in infection) and about 6mm above an outward-oriented bud. 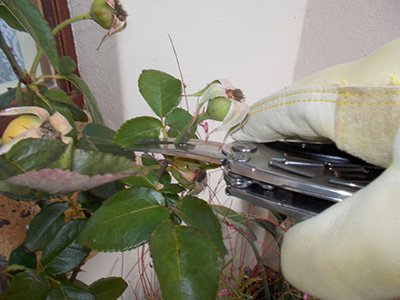 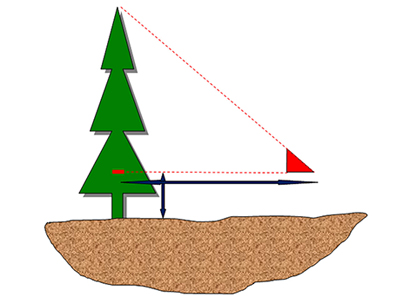 A crafty way to ascertain the height of a tree with reasonable accuracy – provided you do it on a level contour. So you might need to walk about a bit first before you find the ideal. When you can sight along the triangle with your eye so that the bottom horizontal edge is on the mark you made on the tree trunk at eye level and the hypotenuse lines up with the top of the tree you then simply add the height to the mark on the trunk, to the distance you are from the tree trunk – and that approximates to the height of the tree.